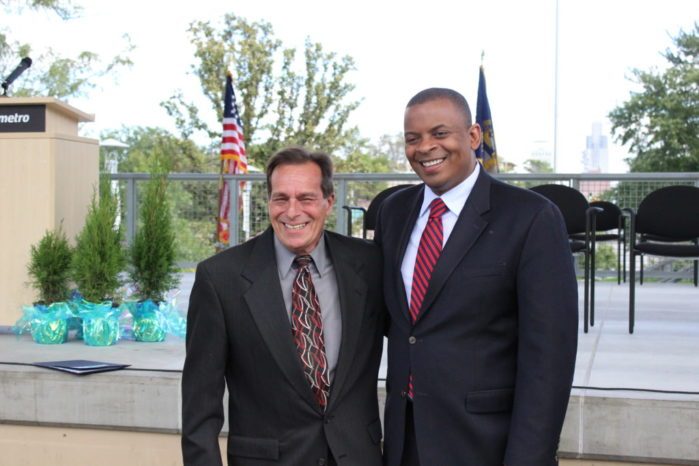 Curt Simon, Metro Transit’s executive director, will retire after more than 33 years of service. Simon will step down this fall, announced Jay Lund, Vice Chair of Metro’s Board of Directors, at Thursday’s Board meeting.

Simon, 66, has spent his entire working career in the transportation industry. He came to Metro in 1987 as Director of Operations and assumed the role of executive director in 2004. He is a board member for the Nebraska Association of Transportation Providers and serves as an ex-officio member of the Douglas County Board of Health.

“Curt has done an extraordinary job of steering this agency,” said Lund. “He leads a staff of 300 dedicated transportation professionals who connect our community every day. Curt and his team have built a strong foundation for the agency going forward, and we are incredibly appreciative of his dedication.”

Metro saw significant changes under his tenure, most recently a cost neutral system redesign, bus fleet upgrades, bus shelter replacement, onboard Wi-Fi access and a real-time bus tracking system. A major achievement will be the opening of ORBT, the region’s first rapid transit line, this fall. Preliminary studies began in 2012, and Simon helped secure $37 million in funding from various local, state, and national sources, including a $15 million federal TIGER grant in 2014. The project represents the largest transit investment the city has seen in decades and will offer a new level of service for the community.

“This is a pivotal moment for Metro,” said Lund. “The focus on transportation in Omaha is greater now than it has ever been. We have an opportunity to continue the momentum that Curt has started. The stage has been set for dramatic public transit improvements in Omaha.”

The search is expected to take six months and will culminate with candidate recommendations to the Metro Board of Directors, who will make the final selection. The Board has convened a task force comprised of Metro staff, elected officials, community leaders, and representatives from the business and philanthropic communities to help guide the search, including:

“I’ve been fortunate to have worked with outstanding employees and board members, both past and present, over the years,” Simon said. “The support received from them and the many, many cherished relationships I’ve been able to develop over the years has been most gratifying.”