Metro Transit’s new CEO “Eager to listen, learn and get to work” 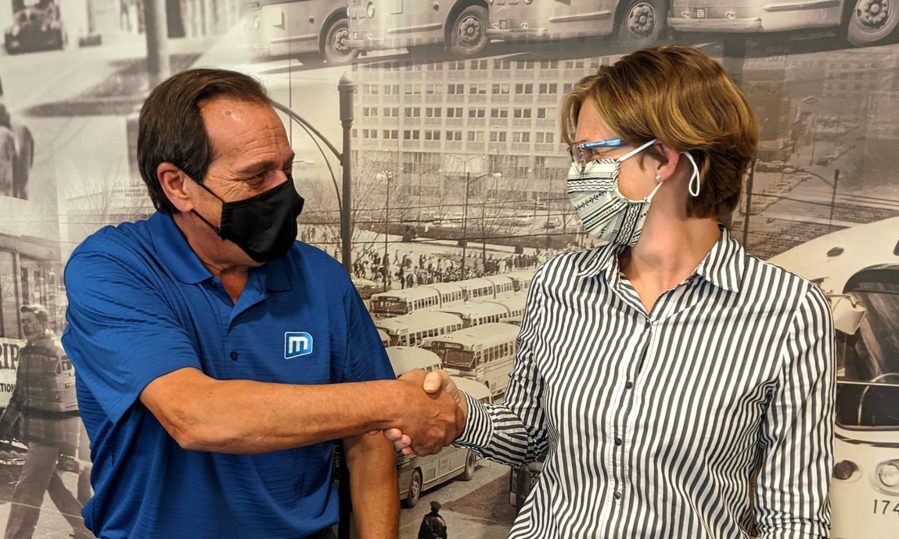 This week, Metro Transit began its leadership transition from retiring Executive Director, Curt Simon, to his successor, Lauren Cencic. She takes over as the agency’s first female CEO next week.

“We’ve had great discussions with staff and community leaders about how we can continue to expand quality transit service,” Cencic said. “As we outline next steps, we will seek input from our entire community to help us determine how we can be a valuable community partner and develop Metro’s next roadmap.”

“I’m eager to listen, learn and get to work,” she added.

Cencic will spend her initial weeks meeting with staff, stakeholders, elected officials and riders to establish an understanding of the agency’s operational capacities, strengths and opportunities. She will also be preparing for the launch of Metro’s first rapid transit line, ORBT, later this fall.

“We are pleased to welcome Lauren back to Omaha and back to the Metro team,” said the Chair of Metro’s Board of Directors, Jay Lund. “She hits the mark on what we were looking for in a CEO. She has spent this week already digging into the community, and I’m excited to see where we go next.”

“Metro’s future would not be possible without Curt’s guidance and direction,” said Board Secretary-Treasurer Amy Haase. “Metro will not be the same without him, and we wish him the absolute best in retirement.”

Metro staff continues to train for the launch of Omaha’s […]

Bus lanes to be installed downtown as ORBT approaches

Omaha’s first bus lanes will be installed downtown this week […]