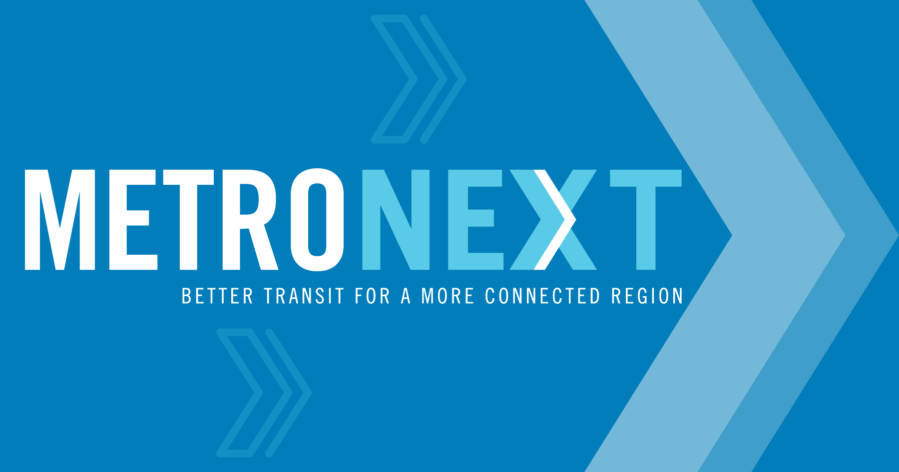 This March, Metro will be seeking public input on the next round of MetroNEXT, its yearlong initiative to improve transit in the Omaha region. After hearing from hundreds of community members in 2021 about their ideas and priorities, staff has developed three scenarios to be considered for the MetroNEXT plan, which will guide the agency over the next 5 to 10 years.

“We’re looking ahead to the service we want to provide as our community recovers from the pandemic,” said Metro’s CEO, Lauren Cencic. “This is a unique opportunity to reimagine our transit system, and we need to hear from all perspectives as we make decisions about what efforts to prioritize now and into the future.”

Those plans include consideration of converting to a regional – rather than city – transit authority. “Many details remain to be worked out as we explore this option,” said Amy Haase, Chair of Metro’s Board of Directors. “We’ve seen that our community’s transit needs extend beyond city borders, and a regional transit authority would be better equipped to address those needs on a holistic level.”

At the March meetings, community members are invited to provide their perspectives on the most pressing transit needs in our region, and review Metro’s three proposed scenarios that have been developed to address those needs. Each scenario emphasizes a different strategy: improvements to rider amenities, bolstering existing bus routes, or extending service to new areas.

Feedback from these meetings will help develop a final scenario for the MetroNEXT plan, which will be presented to the public in April. Meetings will be held virtually and in person at the following times:

Recordings of the virtual meetings will be available for those unable to attend, and a survey will be distributed in-person and online.

More information, including links to virtual meetings and details about MetroNEXT, can be found at ometro.com/MetroNEXT.

Metro Transit will soon power up the cleanest – and […]